The bills keep piling up and the energy bill never seems to get any cheaper. Sound about right? As a homeowner, you know the value of a dollar. And you feel the pain when your electric bills are abnormally high. Maybe you live in the south and your July bill came in at over $300. Maybe you live in the Midwest, where the winters are brutal, and your energy bill hit over $400 because your heat has been running non-stop. Maybe you have a family of 8 and the laundry never stops – you’re pretty sure your washer and dryer has been running without a break since last Tuesday. Whatever the reason, it’s happening to all of us. In fact, recent statistics show that energy bills rise about 3% every year. If you think your bills are expensive today. . .I wonder what they’ll be like 10 years from now. What if you could save money on your energy bills every month? Would you be interested in hearing how you can? Just look to the sky – the answer is overhead: the sun. What if you could power your home through solar energy? It’s not a sci-fi novelty anymore. It’s happening. And it’s happening more than you think.

The Prevalence of Solar Energy Use

There are three main reasons people install solar energy systems in their homes: a) cost savings, b) environmental benefits (reducing your carbon footprint), and c) having energy independence (not relying on those high-priced electric utility companies to power your home). Solar panel systems first starting gaining steam in the 1970s and 1980s; recent renewable energy reports suggest that by 2050, solar energy will be the most widely used source of electricity across the globe. 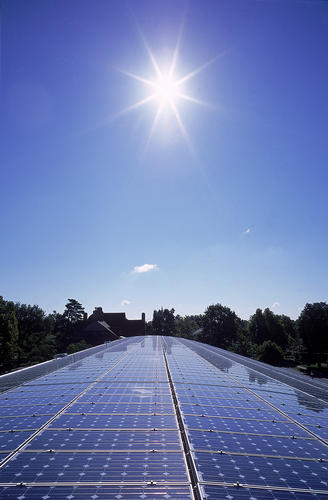 Solar power is simply the conversion of sunlight into energy. And this is accomplished through two methods: use of solar photovoltaics (direct approach) or using lenses or mirrors to concentrate sunlight into a small beam (indirect approach). As the systems get more advanced, the price of solar energy continues to decrease. The majority of homeowners who install solar power systems in their homes are still connected to the grid for when there isn’t enough stored solar energy to power their home (e.g., during the night). In these situations, users live the majority of the time off of solar energy, but can continue to enjoy no interruptions to their power when the sun goes down. In fact, not only are your energy bills cheaper, you’re eligible for financial incentives for installing solar systems within your home. In some rural areas, you can live completely off the grid – when it’s not feasible for the power companies to provide power so far out. As you can imagine, this type of setup takes close monitoring of how much energy is used, because once you’re out, you don’t have a backup source (i.e., the grid) to connect to.

There are three main types of solar panels: monocrystalline, mulitcrystalline, and thin film. And each has their own advantages and disadvantages. To learn the best system for you, let’s take a look at the basics. If you’re interested in getting solar panels installed in your home, read the facts here first and then call an installer to discuss what would be best for your needs, your home, and your checkbook. 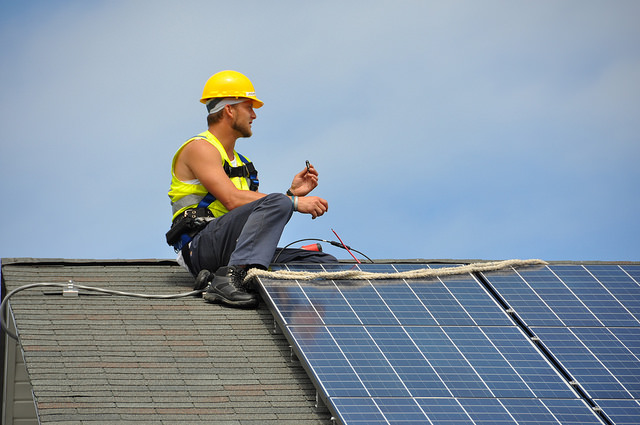 Why would you be more inclined to buy monocrystalline silicon solar panels over multicrystalline or thin film panels?

What are some of the disadvantages associated with these types of solar panels?

Below are the advantages of multicrystalline silicon solar panels:

Some of the disadvantages of multicrystalline silicon solar panels include:

Thin-film solar panels, also known as thin-film solar photovoltaic cells, are made by placing several layers of very thin photovoltaic material onto a substrate. Much less efficient than crystalline silicon panels, these types of solar cells are mostly advantageous because they are so cheap. In fact, if you have the space for them, this might be the most advantageous of all three types of solar panels.

Notice how much slimmer these panels are

In general, the advantages of thin-film solar cells include:

Installing a solar energy system is a big decision and a big purchase. And, as technology advances, more and more options are becoming available. Ultimately, you’ll need to consider a number of things before purchasing solar panels, though cost and space are the big ones. Solar panels are very costly, but they have a huge return on investment. And with constant advancements in renewable energy, and exponential projected increases in the use of solar panels world-wide, going solar is a smart choice. Just take a look at your first energy bill after installing solar panels – that will help you realize the great decision you made. 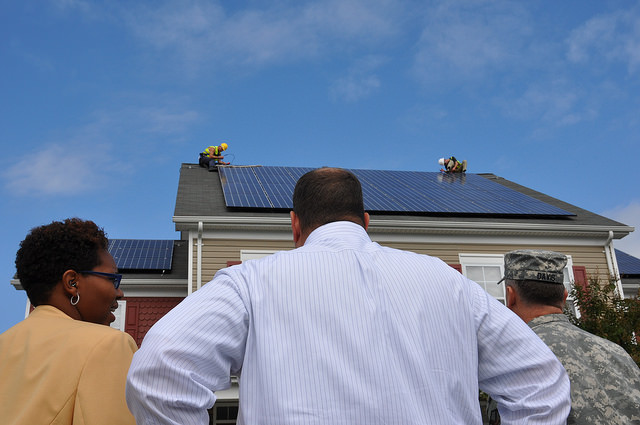